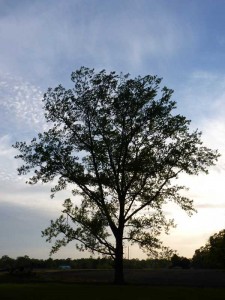 I can’t believe it’s been over a year since I made a blog post on here. Actually – I can.  It seems like I never have much spare time, and I don’t even have any kids yet to blame it on. Fortunately, I’ve got a four day weekend so I have a few minutes to put down a thought or two.

I went to my cousin’s graduation last night and there were some major moments of déjà vu. From the uncomfortable bleachers in the gymnasium to the mauve, maroon and grey color scheme in the halls, my high school days came flooding back from beneath the eighteen years of other memories that had been heaped upon them. I always liked high school. For most people, your entire childhood is spent with one clearly definable goal – graduation.

The real question is – what then? Guidance counselors were always interested in what you thought you wanted to do for a career and then focused on getting you to apply to the best schools that they thought you could get in to for that career path. Many of us are going to change careers a number of times in our lives, so is that really the best approach? In retrospect, I think a better holistic picture would have been to ask how I wanted to live my life not just what I wanted to do for my first job. I can’t recall anyone asking me in high school if I wanted to stay in this area or move, how important was it for me to be a part of the local community, what were my priorities in balancing work and family, how old did I think I would be when I had my first child? My gut feeling is that those are probably not politically correct topics for school administrators to discuss with kids, and that family and religious influences are expected to pose those philosophical dilemmas to high schoolers.  Or maybe somebody did ask me those questions and I didn’t pay enough attention.

At any rate, I never was very religious, my family was very interested in the discussion of career, and if someone else had raised these issues I didn’t take notice, so I graduate from high school with my next goal – graduation? Very few people live their lives by a set of clearly defined goals or plans. By the time you graduate from high school, you are probably very established in your attitude toward planning and setting goals. I think my life would have turned out much different if I had thought more about life goals instead of just career goals that first year of college. Not better, not worse – just different.

These thoughts began to coalesce when I came to the realization that some of the kids graduating were the children of people that I had gone to high school with. Their lives had very quickly moved down the path that took them to a family while mine has nonchalantly meandered in that direction. Was that my biological clock that just ticked?