Some days I feel like I have a tattoo on my forehead that says, “Please, tell me ALL of your problems.” Don’t get me wrong – family, friends, co-workers, I’ll listen to your problems as long as you need me to or at least I think I would. I haven’t found a breaking point yet for people that I know and am close to and all of you I’m sure know that. BUT if you are a gas station attendant, I just want to pay for my gas and leave. 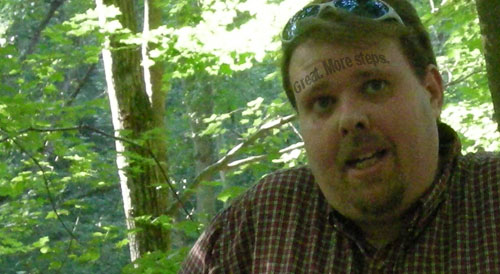 Earlier this week I was standing in line at a gas station in Plainfield. There was a woman at the counter purchasing a large number of lottery tickets so the man in line immediately in front of me begins to espouse his view on how the lottery should be abolished because it only makes poor people poorer and if he had been elected .. and the problem with our government .. Five minute rant from this guy while the lady calmly buys her lottery tickets, shoots him a diry look, and then walks out the door to spend the eveing with her favorite nickel scratching lottery tickets with her cat curled up on the arm of her chair. So Mr. Failed Politician gets to the counter and procedes to give the same rant to the cashier – all five tedious minutes while he pays for his $.89 fountain drink.

Finally. He heads out the door ,and I step up to the cashier, hold out my card and say, “I’dliketoprepaytwentyonpumpfour.Thanks” She’s made a quarter turn and is staring out the window at the parking lot ignoring the offered card. Mr. Government Problems has been pile-driving one of her nerve endings. There’s a single tear standing in the corner of her eye; it hasn’t yet reached critical mass and started to roll down her cheek. At this point, her facial tattoo is reading, “I need an outlet. Nobody’s behind you in line. You’re it.”

She proceeds to tell me how it is her son’s eighth birthday, and she doesn’t even know where he is living because of the government. She was abused by her husband and because of the court system, she could not get custody of her son when she finally did get away from the man because she had been hospitalized for a nervous breakdown.

So five minutes later, I’m still holding my card poised in mid air above the counter. A little dazed from everything this complete stranger has unloaded on me and all I can say is, “I’m sorry to hear that.” It was as if I just hit the play button again and the world resumed. “Which pump was that again?” “Four” ..

As I walked out the door to go pump my gas and resume my hour long commute, I started thinking. Am I weird for having listened to all of that in complete, attentive silence? Are all of the people who would have cut her off and said, “look I just need to pay for my gas,” the ones who are weird? If it had been another day would I have been one of those people?

It’s weird how just paying for gas could have triggered such a strong introspective moment. People broadcast their thoughts and feelings through their facial expressions and mannerisms, and it seems like most people either ignore them or use them as warning signals rather than invitations. For some people, their feelings come through as if tattooed or even branded on their face while others may only seem to be wearing a light coat of makeup and are much harder to notice. There are also times when we consciously put on “poker faces” to protect ourselves or others.

When I started writing this post, it was intended to be more of a rant about inappropriate conversations but as I kept writing, I began to see this experience in a different and far more positive light.  Facial expression is one of the most brilliant things about human beings if we only take the time to pay attention.