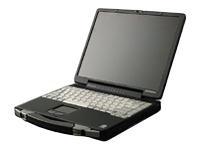 And for the second time in as many days, I sit here in the dark, typing away on the oldest piece of electronic equipment still in use in our home – 30-year-old washer and dryer not withstanding. I remarked to my wife yesterday that we probably needed to get some battery back up equipment for our home PC to keep it from getting damaged in these scenarios. The power only flickered on and off four or five times before I could get to it to disconnect if from the wall. Hope it is OK when I finally get to restart it.

Last night, my wife and I were discussing “fate.” Special emphasis on the word because it seems to have different connotations for both my wife and me. What exactly is “fate?” Is it some giant tapestry-like web that connects anything and everything into one immense, singular construct. If I remember right, that is the general idea behind superstring theory in quantum physics. So is fate something that transcends both the scientific and spiritual realms, providing a unity that demonstrates that even subjects that most humans perceive to be at opposing ends of a spectrum are in fact one and the same ideas, simply observed from different view points?

According to Einstein’s theory of relativity, the speed of light is relative. I think EVERYTHING is relative. I know that’s a tired old saying, but it goes back to “fate.” We have terms like “the butterfly effect” which explains how a butterfly on the other side of the planet could cause a tornado in little ol’ Brazil, Indiana. This is the most commonly used idiom to describe chaos theory. I find it striking how each of these ideas show that there is a connection between everything. We have business networking websites that apply this theory to corporate sales and marketing. There is a game to figure out how many degrees anyone on the planet is from Kevin Bacon… everything is interconnected.

My point of view is largely based on free will. Many of the connections that we have in our lives are due to choices that we have made or will make. How does “fate” play into freedom to choose? If there is some all-encompassing pattern that governs how the world turns out, then my choices, even though I made them, were already made before I chose – isn’t that the opposite of free will? OR will I make choices independently that play into that pattern in a dynamic way. If right now, I choose to type LIHYVKlbglhbj instead of hjbkljvblkrjcvbnwei, is there suddenly and seamlessly another universe in which I randomly typed those exact character in reverse or an infinite other string of randomness generating an infinite number of alternate universes from one little act? If that is the case and we sub-divide that supposition to its ultimate extent the numbers are simply beyond comprehension. For every atom in our universe, every electron, proton, neutron, or free radical particle, at any given instant, let’s say there are six possible directions of motion – I’m getting a headache because I’m getting too technical on my own ass. Anyway, I’m sure there is some scientist somewhere who has actually come up with a summation equation that looks like nothing more than a giant jumble of Greek letters that accurately represents the potential number of alternate universes that have been created since the big bang – don’t even get me started on ideas for the that one. Suffice it to say that in comparison, our national debt probably is infinitesimal in comparison.

So, back to the big picture at hand, if there are alternate, parallel universe, which many scientists believe there are, then fate is really not a viable explanation for how our lives unfold. Fate is really just the particular set of variables that transpired to create our particular universe. Fate is chaos, fate is superstrings, fate is relativity, and fate is just somebody that we meet when we die – what the hell is that supposed to mean anyway – “meet your fate!” Fate is a dynamic word that means different things to different people and it’s virtually an impossible topic for two people to agree on, just ask Forrest.